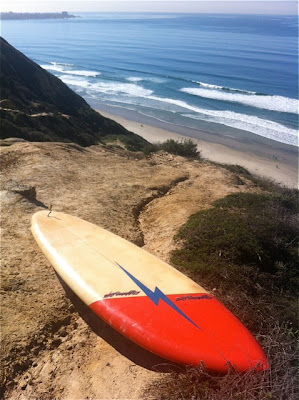 I got the call from Jordy that Black's Beach was on.

Black's Beach hates me.
Every time I had been there I'd been dealt a serious beating.
The shifting peaks can not be predicted and if your not in her favor your going to go down.
So I started to think that I needed to be taking a different approach.
Who had I seen ride blacks well and what was I trying to do there?
I'd seen Cyruss Sutton and Joel Tudor do well at Black's on old single fins, so I  visualized myself casually back dooring a peak and it became clear to me what board I had to ride.
My 6'8" single fly rounded pin tail Lightning Bolt.

It didn't have a leg rope plug, and I knew I would'nt make many friends by having a board go free on the white wash through the middle of the weekend crowd. So I re-drilled the old hole thought the fin box that came out  through the deck.
I developed a strategy in my head. I'd be patient, I'd sit out the back, sit deep, paddle hard and get in early, but most important I would not try and do any turns,
for that is what had got me in trouble in the past.
The plan went well.
I committed early to the second wave of each of the sets.
The extra foam in the middle of the board got me onto the waves but it was when I got to the bottom and put my foot down on that big blue single fin that my world changed. For there is nothing like the feeling of power and confidence that comes from a long drawn out bottom turn on a single fin in the pocket a wave with some punch. Others there that day did better than me and were getting 3 and 4 second barrels. I was satisfied with drawing some clean lines and scoring a few cover ups on a 40 year old surfboard. 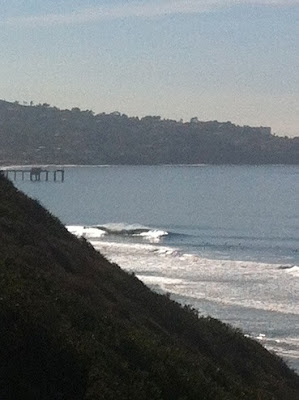 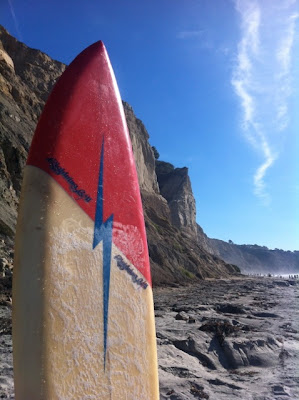 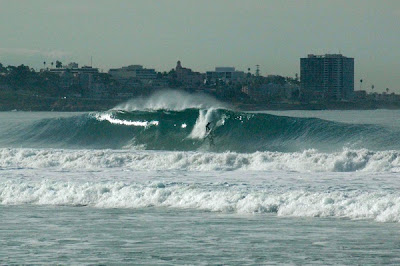 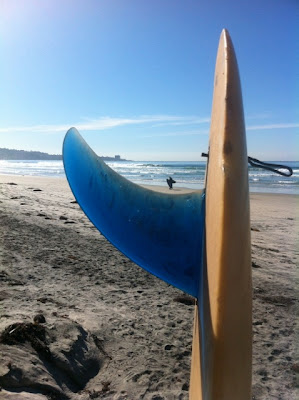