To help continue our Rabbit / Kong / Hot Stuff / Byrning Spears / Al Byrne theme
Jake wrote in with a story and find of his own:
"I thought I would share this little gem I picked up today. I had to go all the way to Inglewood to get it. Definitely a sketchy and confusing journey, but I think it was worth it. The guy I bought it from said he had it custom made while he was living on the north shore of Oahu, around Sunset Beach. He said he was friends with Gary Elkerton, but he would call him "Bongo" instead of Kong because of his ability to hit the bong back then....pretty classic stuff. I'm not sure how many of his stories were real or just his hallucinations. The board is in decent shape, considering it has been with its original owner and surfed in Hawaii (supposedly). It has repairs here and there, most notably one of the fins was replaced. The owner did the repairs himself and they aren't too bad, the fin does need to be reinforced or redone to make her truly seaworthy. I've always wanted a Byrning spear and a 6'1 will suit me well." 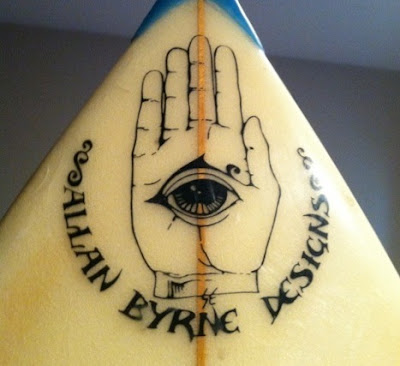 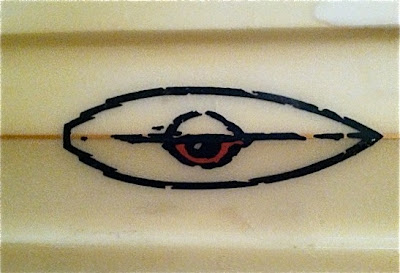 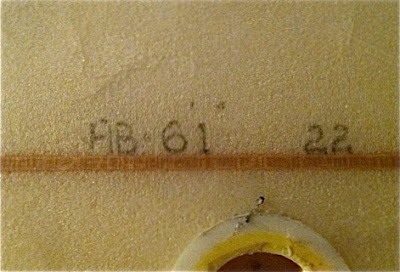 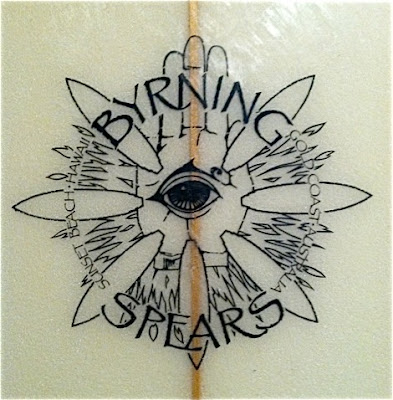 Further proof of AB's unique talents as a ground breaking shaper we have this early 80's example of a asymmetric channel bottom design. 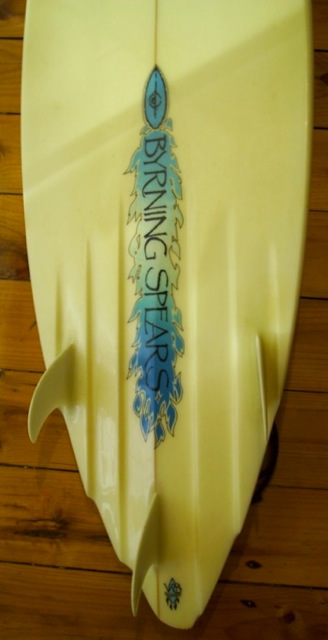 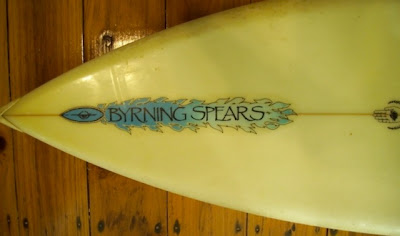