Wizards of the Water. 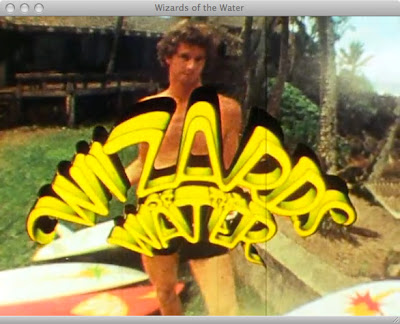 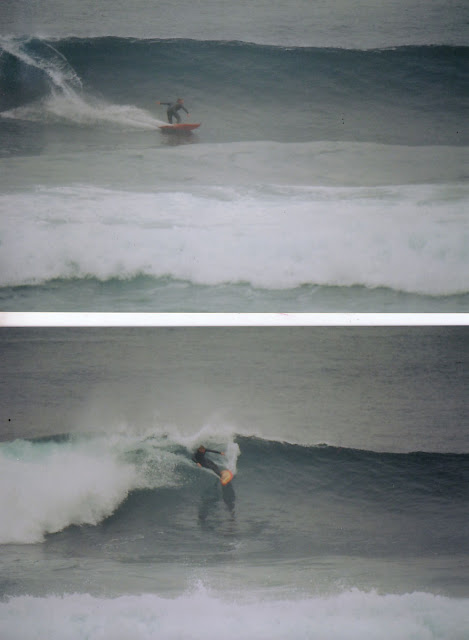 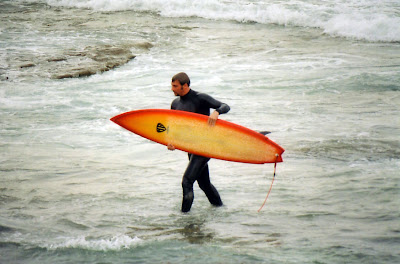 I was recently watching the 1981 surf movie 'Wizards of the Water' starring Mark Richards, Shaun Tomson, Tom Carroll, Bobby Owens, Jim Banks, Cheyne Horan & Larry Blair. I couldn't believe the size of the waves Mark Richards was riding his twin fin in at Mereweather in Newcastle. I could'nt believe his silver wetsuit either, but that is another post.
So I decided to see how big I could push it on a twin fin before the board stopped working. I took it out one day (alone) at decent sized Voodoo south of Sydney. The board went incredibly well! Which makes me think that what you can and cant ride in different size surf is all in your head. In fact most good and bad design is probably all just in the surfers head. If he thinks he's riding the best board ever made he will probably surf well. If he is unsure of the design, he will probably surf conservatively and think the board didn't go very well.
Which leads me to think that confidence in your equipment is probably your most useful aid to surfing well.