Nectar Thruster. Part 2. The most famous Nectar of all time. 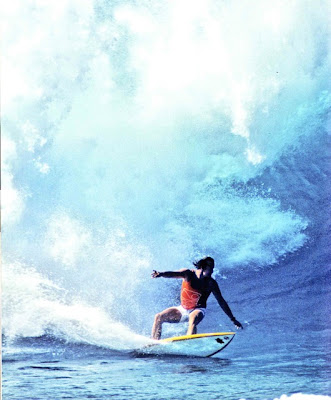 Simon Anderson officially debuted the Thruster design at the Rip Curl Pro at Bells Beach in 1981. Despite winning the event on a 6'6" Energy label the design failed to set the world on fire. Then 2 weeks latter Simon won the 2SM Coke Classic at Narrabeen on a Energy label 6'2" model. The floodgates had been opened and within year 90% of surfboards would be Thrusters. But possibly the most famous of all his early Thrusters was the 7'6" that he made at the Nectar factory in Encinitas CA that he won the 1981 Pipe Masters on. This is the board that caught my teenage eye. Thick, long and powerful looking with its unbelievably futuristic square jet fins (later replaced), striking orange rails and oh so exotic Nectar label. 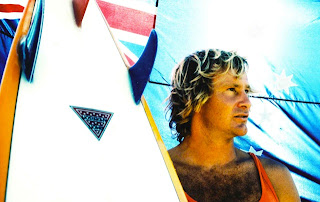 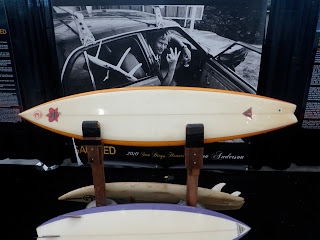 I was lucky enough to get to meet this board at the Sacred Craft show in San Diego in 2010. Somehow its jets fins had returned, much to my delight. 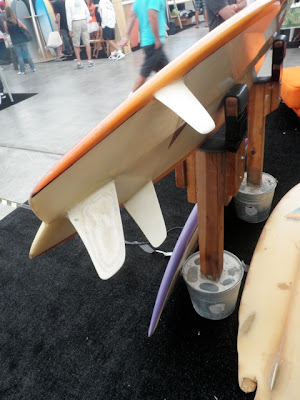 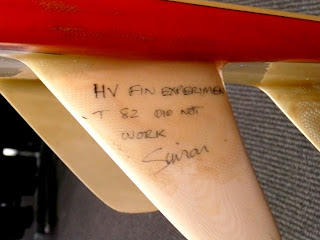 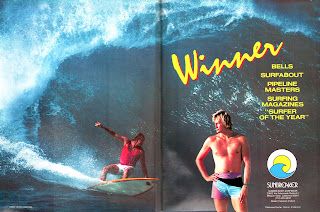