Dennis sent me pics of his recently acquired Bob McTavish shaped twin fin.
A beautiful example of the genre. I am fascinated by the Air Borne label, for I too have an Air Borne twin fin but mine carries both the Sky and Air Bourne decals. I have reference to the brand in any of my early 80's Australian mags so the Air Bourne side project is a mystery to me. 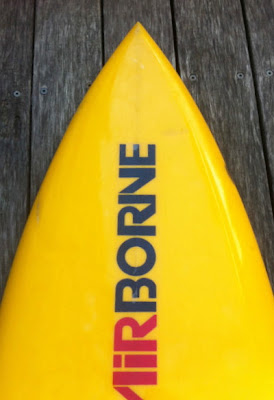 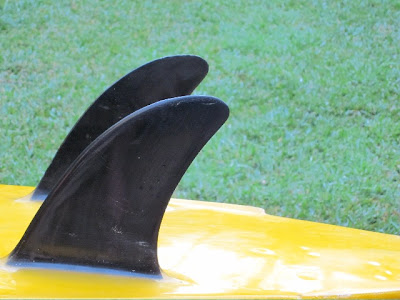 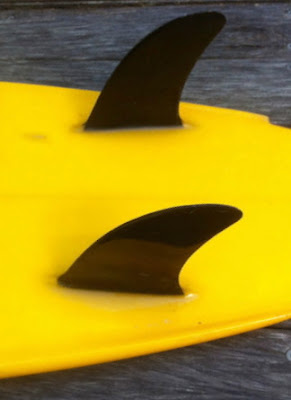 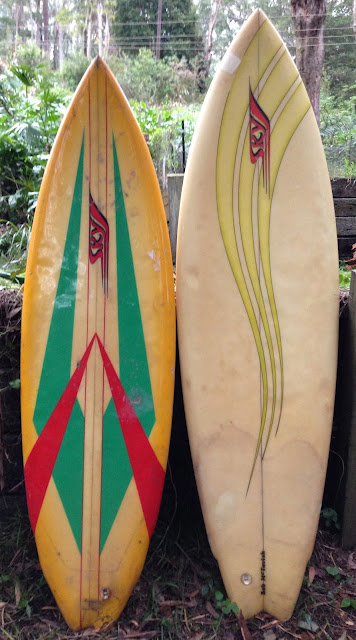 These are my Sky twin fins.
On the left we have the Air Bourne model shaped by Robert Fenech.
On the right the Bob McTavish.
Possibly the best surfboard I've ever surfed, I've nearly surfed the poor thing to death.
You can see the delamination in the tail area caused by being danced on by a 100 kgs of over excited twin fetishist. 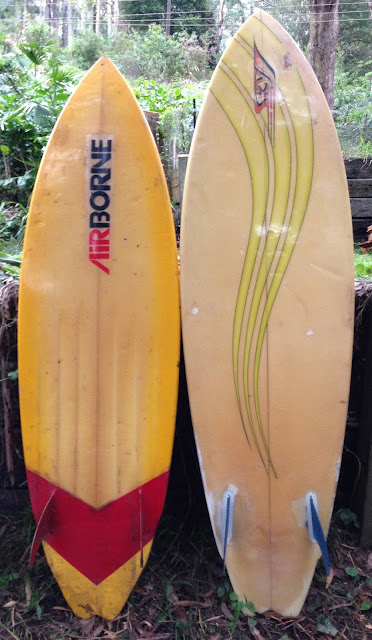 The Bob is onto it's fourth set of fins. The original blue glitter glass on fins were lost during a cyclone swell at Noosa. I replaced them with FCS plugs that broke out at Bondi and a second set at Windang Island.  Now I'm onto Future fin boxes that seem to be hanging in there. 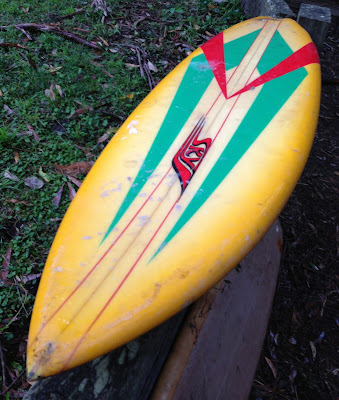 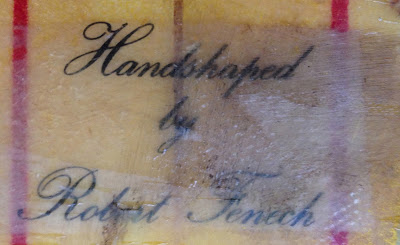 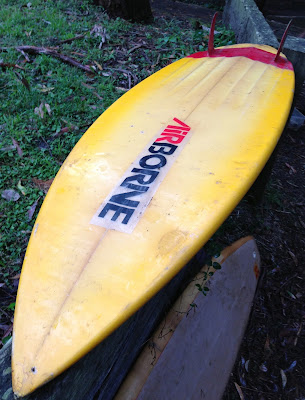 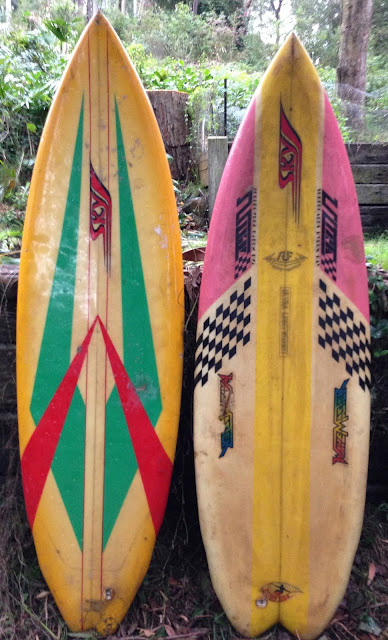 I have another Robert Fench Sky. A very interesting take on the Lazor Zap.

Recently this little 5'10" Timperly Sky twinnie popped up on the Bay.
Too rich for me.
Gorgeous none the less. 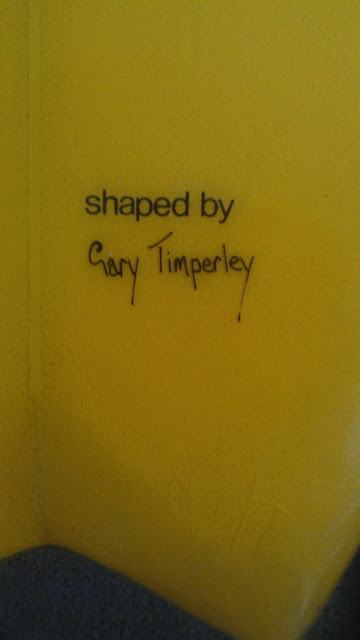 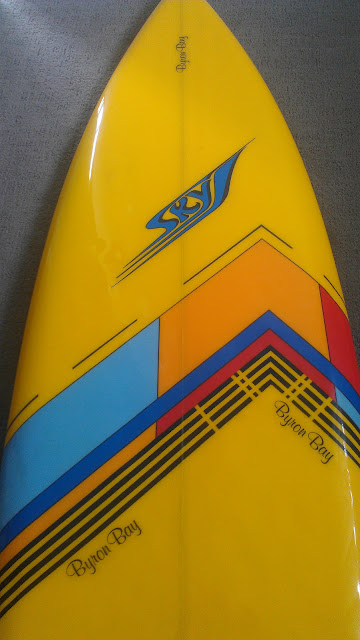