US made Lightning Bolt twin fin

I'm having a lot of fun re-acquainting myself with the collection of boards I left in Australia.
One of the most prized boards in my collection is this 6'2" sing fly, swallow tail, US built, Tom Eberly shaped Ligthning Bolt, twin fin. 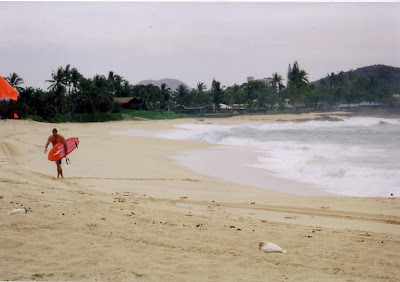 I bought this board from my friend James in Los Angeles when I was on my way to Hawaii, where I got to try it out in some size on the west side of Oahu at Makaha. 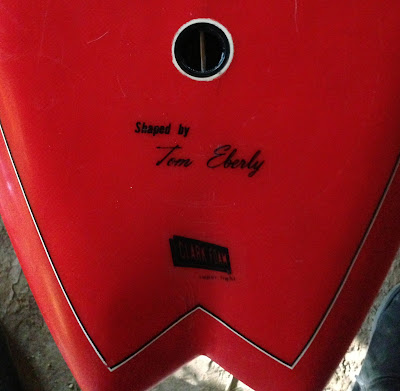 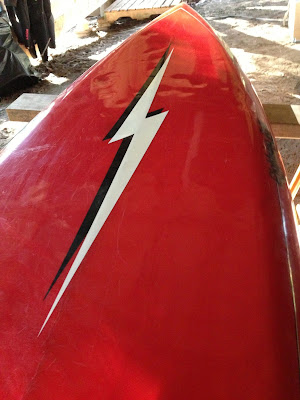 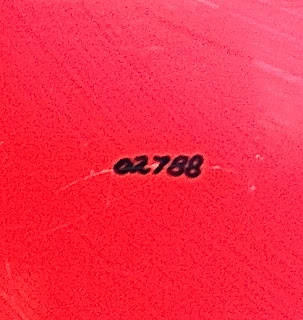 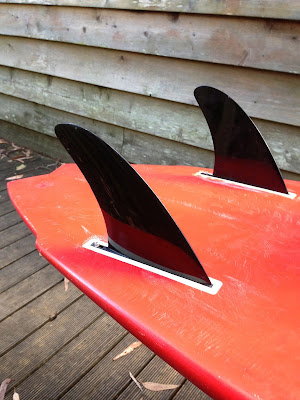 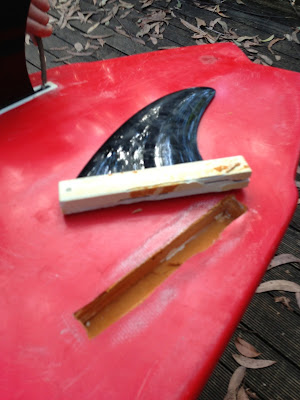 The problem with my idea of collecting 35 year old surfboard and riding them is that after 35 years foam goes soft and fin boxes crack.
I did this just surfing on my back hand. I'm grateful I didn't lose the fin in the ocean.
Finding original replacement star fin system twin fin fin boxes is a whole other challenge in its own right. 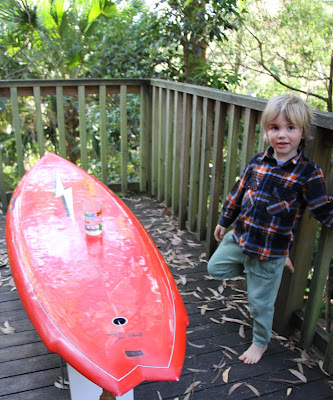 Jake had an idea. He said "take a photo of the surfboard with water on it!" 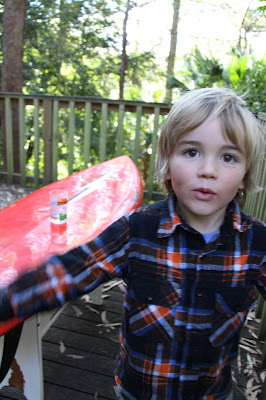 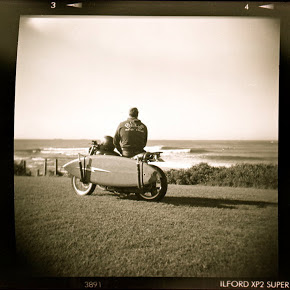 This board also featured in a shoot by Simon Perini for Slide magazine.
The left hander looks good in the pic but in reality is kind of soft and fat.
The bike is a Deus Ex Machina W650 with board racks originally built for Dustin Humpheries Loversland tour.