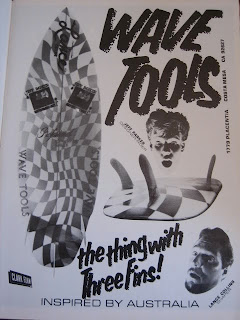 While at the Wave Tools factory in Costa Mesa R.S showed me an early US made thruster inspired design not featured in Simon Anderson's official history of the 3 fin. Obviously inspired by photos in magazines the set up is like Anderson's design but elongated or stretched and not quite right, which is understandable. R.S claims that this Jeff Parker model could be the first 3 fin 'thruster' set up to be shaped in the US. 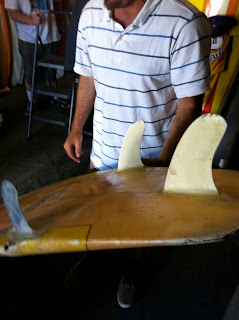 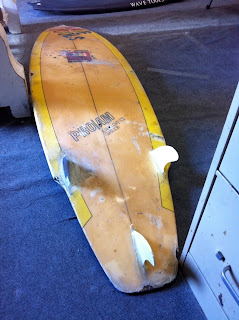 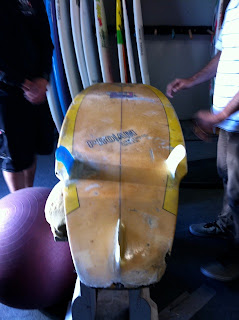 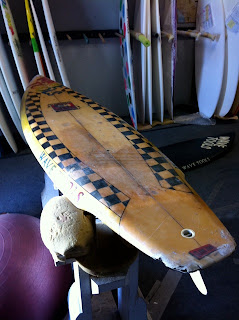 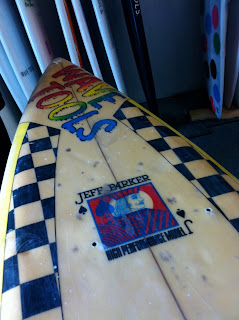 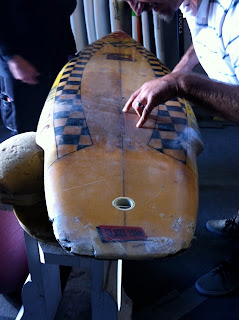 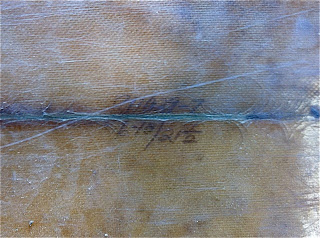