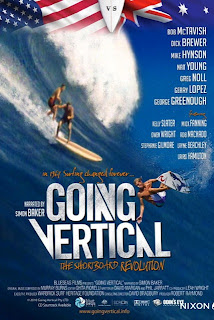 I arrived in Hawaii in time to make it to Hawaii International Film Festival's screening of 'Going Vertical' that was part of the Hawaiian Island Vintage Surf Auction. Going Vertical is the  story of the epic search for surfing’s great truth of who really started the Shortboard Revolution. It explores whether it was the Hawaiians with their proud Polynesian tradition, or the Californians, who continue to be the commercial machine of modern surfing. It asks, was it the brainchild of Australian surfing legend and surfboard designer Bob McTavish, collaborating with American expat, George Greenough on the remote beaches of Australia?
Neither the Australian's nor the American's come off well in the movie. The Australian's come of as insecure and arrogant and the Americans as some what belligerent. The highlight of the film for me was the analogy posed by former Surfer editor, Sam George that the short board revolution was like the Punk Rock movement in England in 1977. No one band invented it, but it wouldn't have happened without both the Sex Pistols and the Clash. Certainly there would have been no short board revolution without both Dick Brewer and Bob Mcavish mowing foam on opposite sides of the planet at the same time. 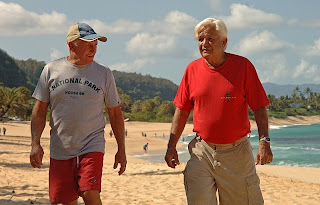 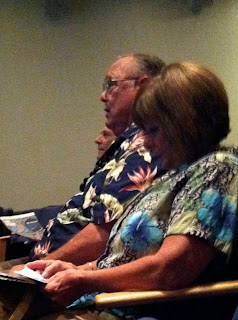 My first shock of the evening came when I looked to my right to see Da Bull and his wife sitting down beside me. I had never seen Greg Noll in the flesh before and he is quite an imposing figure. 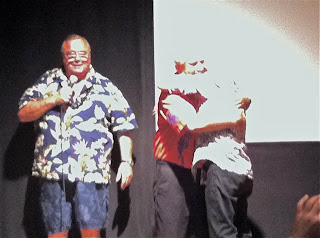 The second shock came when after 2 hours of watching Dick and Bob bitch about each other on screen they each took to the stage and embraced in what could have been the first time in many decades. 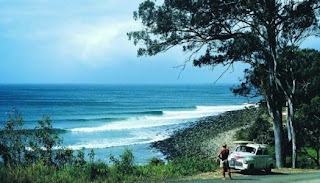 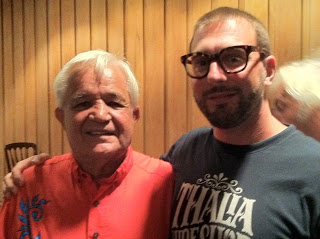 After the screening I got a chance to speak with the legendary Dick Brewer about teaching Mark Richards to shape and his use of 3 and 4 fins, specifically the small trailer fins like those below. A true innovator and genius, to use his own words. 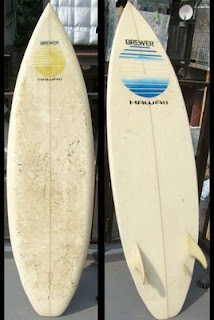 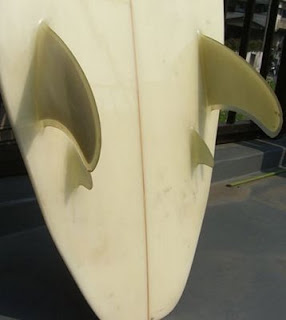