Brian from New York wrote to me in search of some detail on the history on his recent purchase.
A 7'0" Lightning Bolt single fin pin tail shaped by Ed Angulo with think pigment coat bolt logo and pin lines. I wasn't much help but Brian persisted with his search and was able to track Ed down in Maui and share the pics. Ed wrote back-

Very cool! Glad someone is still enjoying that board. Looks like it's seen some action. I can guess that board is from around 77-79. That was when I was building boards regularly for Lightning Bolt.
Thanks for taking the time to stir some good memories from some good times.
Much Aloha Ed Angulo 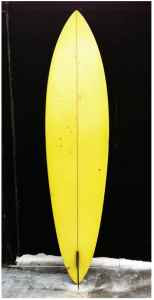 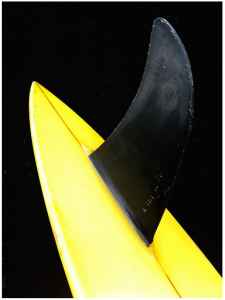 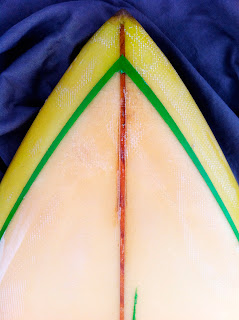 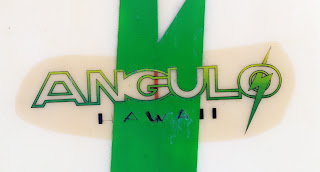 I asked Ed about the network of shapers that were making boards for the Ligthning Bolt co-op and how it was that Jack Shipley and Gerry Lopez were able to give so many free boards to the travelling pros in the early 70's thus guaranteeing cover to cover exposure for the label in the magazines.

Yes, I was one of the Lightning Bolt shapers of the 70's and I lived on the North Shore of Oahu. During those years I did nearly all the work on most of my boards. Towards the end of the 70's I started to get other glassers to help me, but back then a lot of us were well rounded board builders.

I did build a few boards for cost back then for some "Team" riders, but I couldn't afford to give too much away while I was raising 3 sons.
I started coming to shape boards for the Maui Bolt shop in 77 and did that until I got into windsurfing in 79-80.

Randy ( Rarrick) also helped me get a shaping gig in Australia in 77 and I did a bunch of boards for some shops down there.

Now I'm a surf n turf specialist, building SUP boards and teaching golf.
Thanks for your interest, it's always fun to reminisce.

P.S. I've attached a photo of a board a collector bought in Santa Cruz. It's in original "cherry" condition.